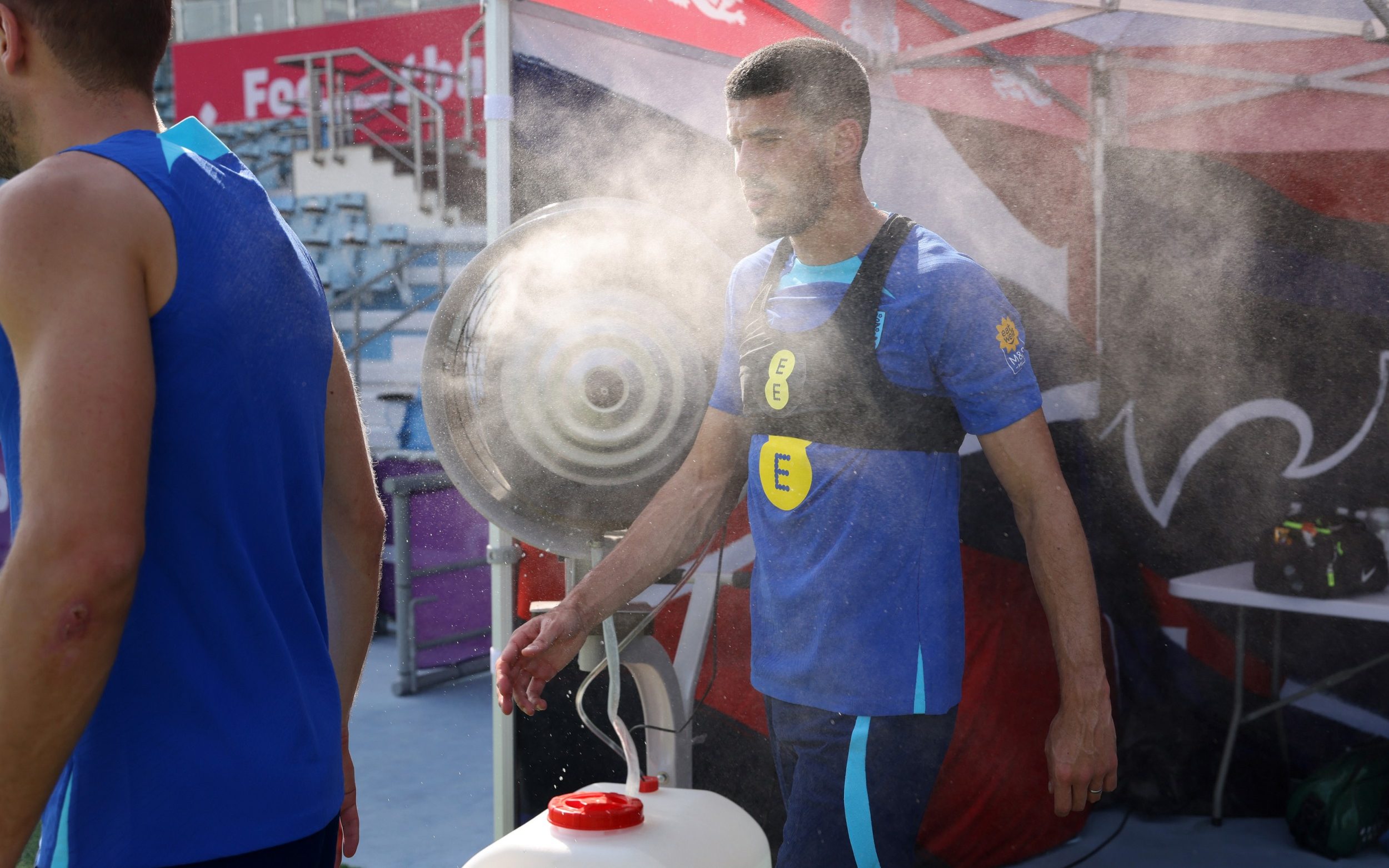 With just two days until England’s opening game against Iran, the players have used different methods to cope with the heat.

On Friday, England prepared for Monday’s game for the second consecutive day in temperatures above 30 degrees.

Gareth Southgate is eager to get his players used to the heat as quickly as possible, even though the game against Iran will be the only game in which his team kicks off in hot temperatures.

The team has used a variety of means to stay cool, including sticking their heads into a fan that blows cold air. The staff has nicknamed it ‘the heat hut’.

England could not have lowered expectations better than to go six competitive games without winning on their way to the World Cup.

Under Gareth Southgate’s management, England came agonizingly close to winning a major trophy for the first time since 1966 – first with a semi-final at the 2018 World Cup in Russia and then losing to Italy on penalties in the Euro 2020 final.

In their six-match winless run in the Nations League, England lacked creativity and goals and were occasionally chaotic in defense – particularly in a 4-0 home defeat to Hungary.

A thrilling 3-3 draw with Germany in their final game before the World Cup renewed some optimism and the Southgate side certainly look equipped to check a group that will also see them face the United States and Wales.

“If England go into all three of these games fully focused and playing to the best of their ability, they should win all three,” former US goalkeeper Brad Friedel told Bookmakers.com as he previewed Group B games.

“Iran is a well-structured team, not easy to break down. And they also have some very good technical players – and the circumstances, they will be right up Iran’s alley.”

“I think England will win, but I think it will be difficult.”