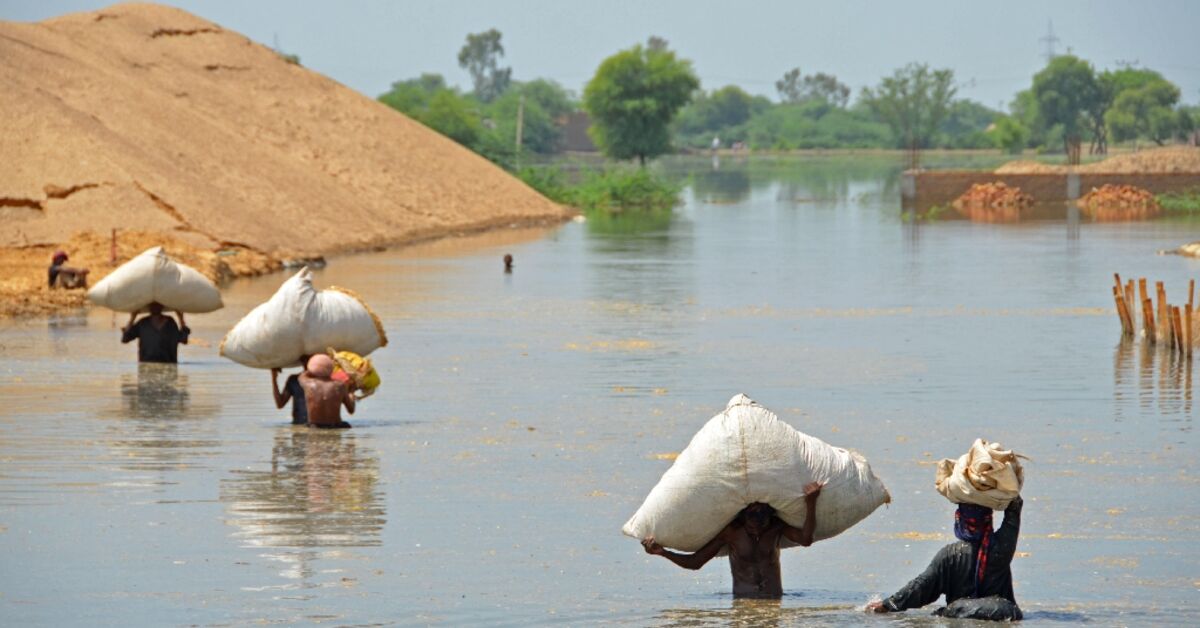 World leaders meeting Monday for climate talks in Egypt are under pressure to cut emissions and financially support developing countries already devastated by the effects of rising temperatures.

The UN’s COP27 climate summit in the Red Sea resort of Sharm el-Sheikh comes as countries around the world face increasingly intense natural disasters that have claimed thousands of lives and cost billions of dollars this year alone.

At the opening ceremony on Sunday, COP27 officials urged governments to continue efforts to fight climate change, despite the economic crises linked to Russia’s war on Ukraine, an energy crisis, rising inflation and the ongoing Covid. -19 pandemic.

“The fear is that other priorities will take precedence,” Simon Stiell, the United Nations’ top climate change official, said at a news conference.

The “fear is that we will lose another day, another week, another month, another year — because we can’t,” he said.

ALSO READ  Live Q&A: How midterm elections will affect US policy in the Middle East

The world must cut its greenhouse gas emissions by 45 percent by 2030 to limit global warming to 1.5 degrees Celsius above late 19th century levels.

But current trends suggest carbon pollution could increase by 10 percent by the end of the decade and warm the Earth’s surface by 2.8°C, according to findings revealed in recent days.

Only 29 of the 194 countries have presented improved climate plans, as requested at the UN talks in Glasgow last year, Stiell noted.

About 110 heads of state or government are expected to participate in two days of talks, with the notable absence of Chinese leader Xi Jinping, whose country is the world’s largest emitter of greenhouse gases.

US President Joe Biden, whose country ranks second on the list of the biggest polluters, will join the COP27 later this week after midterm elections on Tuesday could turn Republicans hostile to international action on climate change. who presides over Congress.

Fresh from his own election victory, Brazil’s Luiz Inacio Lula da Silva is expected to attend the summit in hopes of protecting the Amazon from deforestation after defeating climate-skeptical President Jair Bolsonaro.

Another new leader, British Prime Minister Rishi Sunak, has reversed a decision not to attend the talks and will urge countries to move “further and faster” from fossil fuels.

He will also hold talks with French President Emmanuel Macron.

On Sunday, the heads of developing countries won a small victory as delegates agreed to put the controversial issue of money for “loss and damage” on the summit’s agenda.

Pakistan, which chairs the powerful G77+China negotiating bloc of more than 130 developing countries, has made the issue a priority.

“We certainly consider this a success for the parties,” said Egyptian COP27 president Sameh Shoukry.

The United States and the European Union have struggled with this issue for years, fearing it would create an open recovery framework.

But Frans Timmermans, Vice-President of the European Commission, welcomed the inclusion of loss and damage, tweeting that the “climate crisis has consequences beyond what vulnerable countries can bear alone”.

Rich countries are also expected to set a timeline for the supply of $100 billion a year to help developing countries green their economies and build resilience to future climate change.

The pledge is already two years late and remains $17 billion short, according to the OECD.

The COP27 will last until November 18 with ministerial meetings.