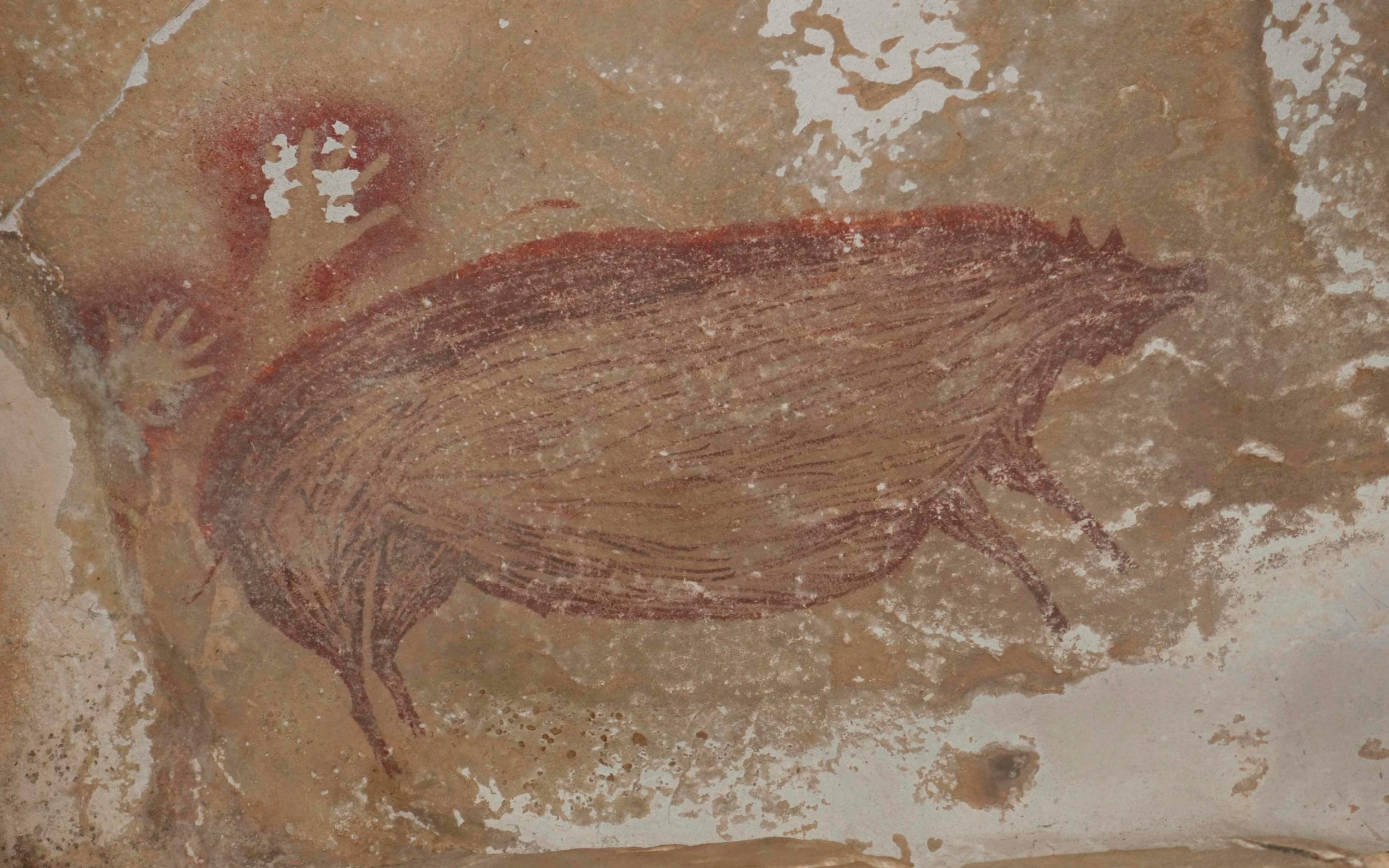 There are two handprints above the pig’s hindquarters, and it appears to be facing two other pigs that are only partially preserved, as part of a narrative scene.

“The pig appears to be observing a fight or social interaction between two other warty pigs,” said co-author Adam Brumm.

Humans have hunted the warty pigs of Sulawesi for tens of thousands of years, and they are a key feature of the region’s prehistoric artwork, especially during the Ice Age.

Mr Aubert, a dating specialist, identified a calcite deposit that had formed above the paint, then used isotopic dating from the Uranium series to confidently say the deposit was 45,500 years old.

This makes the painting at least that old, “but it could be a lot older because the dating we’re using only dates the calcite above,” he explained.

“The people who did it were totally modern, they were like us, they had all the ability and the tools to do any painting they liked,” he added.

What is the R rate and how does it compare across UK regions?

The Bharat Express News - January 24, 2021 0
Destiny 2 Bungie Destiny 2's hunting season is almost over and has been the subject of common complaints for...

Ravichandran Ashwin Wants to Reach Out to Indian Fan Who Has...