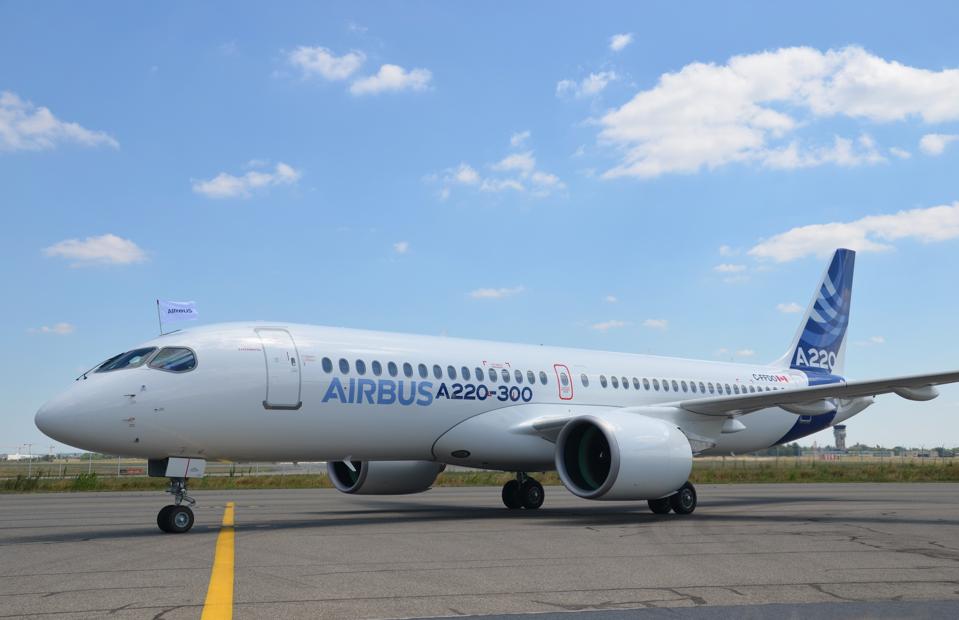 Boeing no longer needs bad news, from groundings to lawsuits. And just as the 737MAX started returning to work, United, Japan Airlines and others took the Boeing 777s out of service due to engine failure over Colorado.

But there is more. One of Boeing’s most loyal customers envisions a competitive product. Southwest Airlines would evaluate the Airbus A220-300 against the Boeing 737 MAX7.

Boeing and Southwest have a long history. Southwest was by far Boeing’s largest customer for the venerable 737, which first flew in April 1967. The Southwest 737 first flight took place four years later on June 18, 1971.

(Full disclosure: I own shares in American Airlines, JetBlue, and Southwest.)

The long partnership has been beneficial for both companies. For Boeing, the Southwest relationship meant billions of dollars in sales of aircraft, parts, upgrades, training, and other services. For Southwest, operating a fleet made up entirely of Boeing 737s meant all kinds of potential savings. Pilots, flight attendants, mechanics and others could theoretically work on any plane. Familiarity bred efficiency, and a parts and training community offered additional savings. The aircraft was durable and accommodated Southwest’s fast turnaround model, averaging more than five flights or just over 11 hours per day as of 2019.

Southwest Airlines celebrates 50 yearse anniversary in 2021. Almost every one of its millions of flights (4000 per day in 2019) was performed by a variant of the Boeing 737.

But 1971 was a long time ago, and airline needs are changing in a post-pandemic world. Loyalty is also a two-way street, and some believe the dire situation at the 737MAX has ruined the relationship.

Southwest has reportedly evaluated the Airbus A220-300, which can accommodate 130 to 145 seats, replacing the aging 737-700. The Airbus A220-300 was originally designed and built by Bombardier of Canada, until the line was purchased by Airbus and renamed to the Airbus “A” nomenclature.

As Airbus says, “The A220-300 was specially designed and built specifically for the 120 to 160 seat market.” The aircraft offers a cruising speed of 447 knots and a range of 3,300 nautical miles, more than enough to cover the roads from southwestern California to Hawaii, as well as its 800-mile jumps around the United States. 400 orders for the aircraft have been booked, including 60 A220-300s ordered by southwest rival JetBlue in 2018.

Oil prices have increased as the “reopening” of the economy is anticipated. In a post-pandemic world, less can be more, in terms of both fuel economy and easy filling of planes with vaccinated passengers. Unlike the many parked A380s and other jumbo jets, “good-sized” (and well-priced) planes like the $ 91 million A220-300 are in demand.

So the A220-300 might make sense for Southwest. But would the airline take the plunge and step out of its Boeing safe space?

At least as far back as 2019, aviation experts have speculated that the Southwest will abandon “ one-stop sourcing ” for their planes. Southwest CEO Kelly has been described as “angry with Boeing” over the 737 MAX debacle. More importantly, “Kelly, along with American Airlines officials, is adamant that Boeing will have to pay the ~ $ 1 billion in damages that the two airlines say they suffered as a result of the grounding of the aircraft. MAX. “

But speculation has picked up recently. Southwest Airlines is in talks to purchase at least 300 new 150-seat jets for its fleet. The campaign would “pit Boeing’s 737 MAX 7 and Airbus A220-300 in a head-to-head competition … to replace Southwest’s aging 737-700 fleet.”

Southwest testing of rival jets has previously been described as a way to leverage Boeing in negotiations. But since the painful grounding of the 737 MAX (Southwest ordered 280 star-crossed planes), AirInsight has called the possible change “karma.” As in bad karma for Boeing dating back to the 2011 launch of the MAX line. “MAX turned out to be the product of something like a shotgun wedding. Hastily designed and developed with all kinds of constraints, but mostly time-consuming, as it was a response to the A320neo.

The bad karma continued, according to AirInsight, after Delta ordered up to 125 planes from Bombardier, the original makers of the C-Series, including what is now known as the A220-300. “Boeing accused Bombardier of dumping and filed a complaint with the US government. Bombardier has been imposed huge dumping duties ”, pushing the Canadian manufacturer“ to the brink of the abyss ”. Eventually, Bombardier’s “crown jewel”, the C Series, was sold to Airbus for less than $ 600 million.

More bad karma came with two MAX crashes with nearly 350 fatalities. The MAX was immobilized for 20 months. Boeing received a hard blow to its reputation, which would have resulted in a “70% discount that IAG would have obtained on its MAX 2019 order at the Paris Air Show”.

Karma or not, can Boeing still compete for future business in the Southwest? The company remains a world leader in aircraft development. Southwest pilots are all trained on Boeing planes, while production of the Airbus A220-300 may be too low to meet demand. And “Boeing’s pricing power is stupendous.” as AirInsight said. But now, “airlines face a different world. A world where loads are lighter, stay below breakeven and seek to stay that way for a while, perhaps until 2023. “How far could Boeing or could it lower prices for persuade Southwest to take more 737MAX devices?

A southwest shift remains speculation. But in the wake of the pandemic, even the warmest of relationships will be under scrutiny.

The Bharat Express News - March 2, 2021 0
She recently revisited some of the darkest periods of her life, but on Monday she said she was 'full of peace, serenity, joy and...