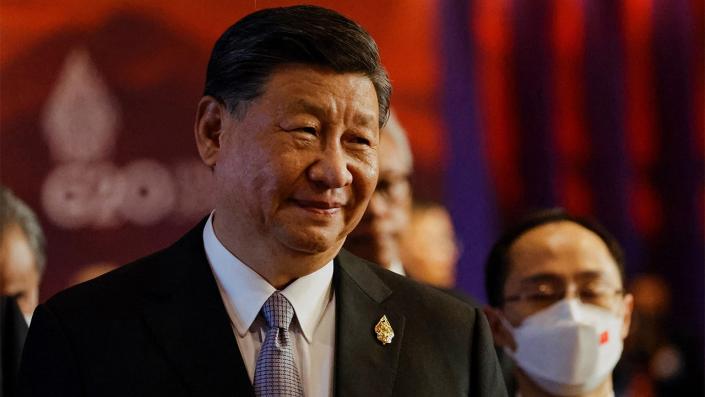 The confrontation followed a discussion by Canadian government sources about world leaders’ conversation on the sidelines of the G-20 on Tuesday, where Trudeau reportedly expressed “serious concerns” about Chinese efforts to influence the country.

“Everything we discussed has been leaked to the newspapers. It’s not appropriate,” Xi told Trudeau in an informal conversation at the G-20, according to a video captured by a Canadian Arctic reporter. “And that’s not how the conversation was conducted.”

CHINA HAS OPENED OVERSEAS POLICE BRANCHES IN US AND CANADA TO CONTROL CHINESE CITIZENS: REPORT

The pair of leaders spoke through a translator on the auditorium floor.

Trudeau countered the criticism, telling the Chinese leader: “We believe in a free and open and candid dialogue and that’s what we’re going to continue to have.”

“We will continue to work together constructively, but there will be things we disagree on,” Trudeau added in his brief interaction with Xi on Wednesday.

“That’s great, but create the conditions first,” Xi replied through his translator before shaking Trudeau’s hand and leaving the conversation.

President Biden met Xi on the sidelines of the G-20 Summit in Indonesia on Monday for the first time in person since Biden took office. Biden expressed concern over Beijing’s “coercive and increasingly aggressive actions toward Taiwan,” among other things, according to the White House.

Xi’s visit to Indonesia is his first trip abroad in three years. In a reading from the meeting, the White House said Biden “expressed concern about PRC practices in Xinjiang, Tibet and Hong Kong and human rights more broadly.”

“As for Taiwan, he explained in detail that our One China policy has not changed, that the United States opposes any unilateral change to the status quo by either side, and that the world has an interest in maintaining peace and stability in the Taiwan Strait,” the White House said. “He expressed US objections to the PRC’s coercive and increasingly aggressive policies actions against Taiwanundermining peace and stability in the Taiwan Strait and wider region and jeopardizing global prosperity.”