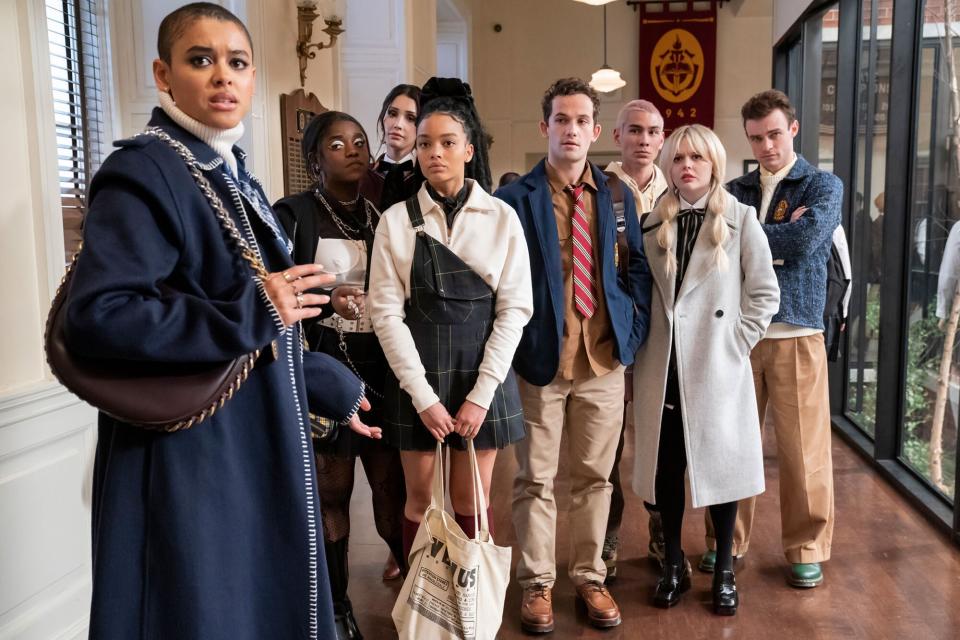 it is time for Gossip Girl to sign out again. Season 2 of the teen drama revival will be its last – at least on HBO Max.

“So here’s the goss: It’s with the heaviest of hearts that I must announce that GOSSIP GIRL will not continue on HBO Max,” showrunner Joshua Safran wrote on social media Thursday.

He continued: “We are currently looking for another home but in this climate that could prove to be an uphill [battle], and so if this is the end, at least we went on the highest peaks. Thanks for watching, and I hope you watch the final next Thursday to see how it all comes together.”

Barbara Nitke/HBO Max The cast of the ‘Gossip Girl’ reboot

An HBO Max spokesperson said in a statement to EW: “We are very grateful to Josh Safran, Stephanie Savage and Josh Schwartz for bringing us back to the Upper East Side and all the scandals at Constance Billard. While we are not moving forward with a third season of Gossip Girlwe thank them for the seductive love triangles, calculated underhandedness and impeccable fashion that brought this series to a new audience.

The original Gossip Girl series aired from 2007 to 2012 on The CW and was created by Josh Schwartz and Stephanie Savage based on the book series by Cecily von Ziegesar. It explored the ins and outs of life at a prestigious prep school in New York City, earning a few stars in the process – including Blake Lively and Penn Badgley.

Safran’s reboot launched on HBO Max in 2021 with an all-new cast, retaining Kristen Bell as the voice of the eponymous narrator. The new Gossip Girl A few things have changed from the previous version. Rather than keeping Gossip Girl’s identity a secret, the new show revealed upfront that the blogging was done by posh high school teachers.

ALSO READ  Stephen Dorff slams 'garbage' superhero movies, Marvel's 'Blade' reboot: 'We already did it and made the best of it'

Gossip Girl‘s axing comes as part of a flurry of cancellations, renewals and write-offs at Warner Bros. Discovery, the company that resulted from the merger between WarnerMedia and Discovery Inc. in April. The season 2 finale – possibly the series finale – will be released on HBO Max on January 26.

Jamie Lee Curtis receives career achievement award at AARP Awards: ‘I really like being an adult’