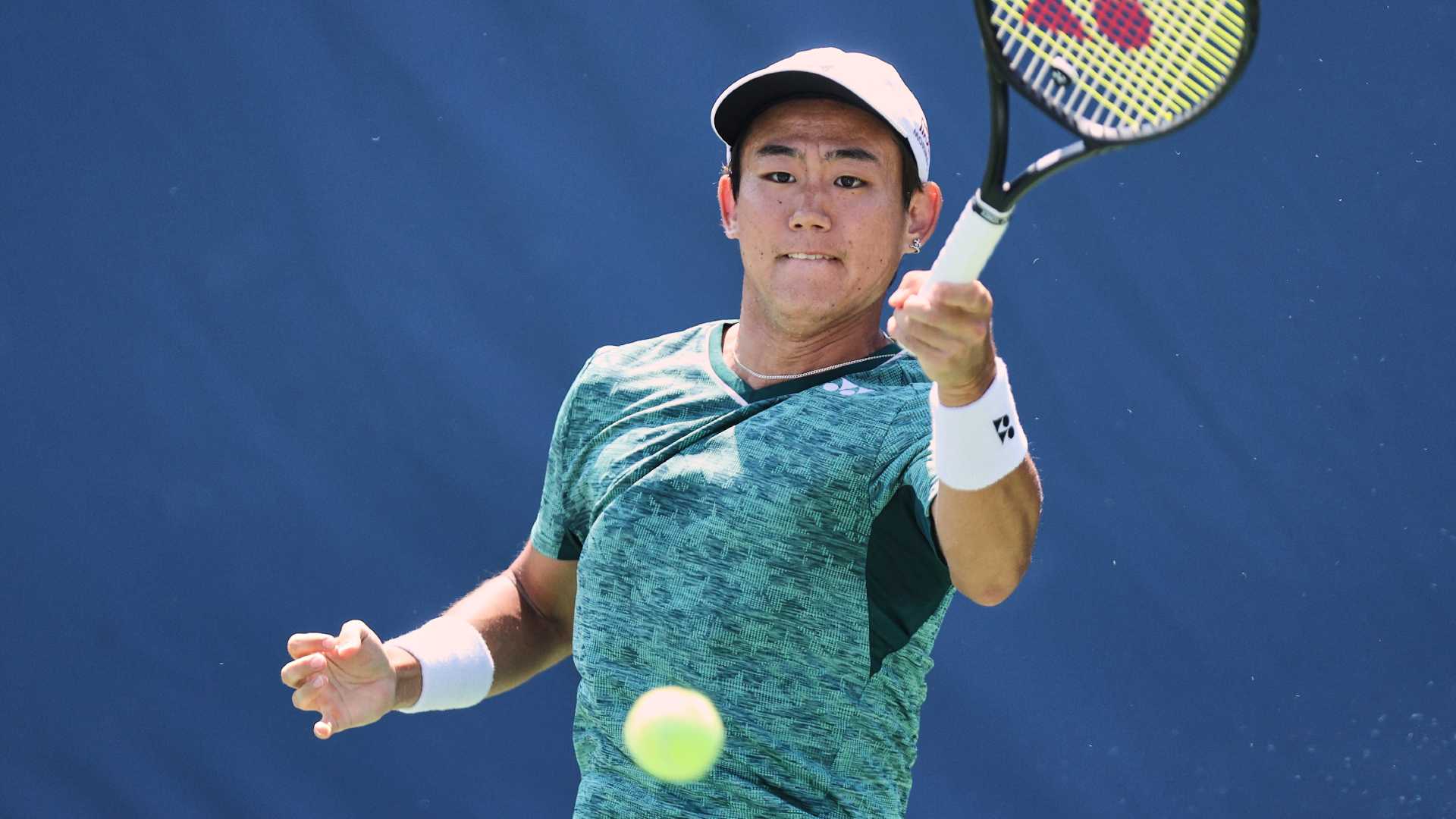 After beating last week’s Atlanta finalists Jenson Brooksby and Alex de Minaur in consecutive games to start his week at the Citi Open, Yoshihito Nishioka upset seventh seed Karen Khachanov 7-6 (2), 7-6 ( 1) on Thursday to reach for the first time the quarterfinals in the US capital.

It was one of only three singles matches to be completed before heavy rain put an early end to the game of the day.

“I feel great,” the 26-year-old said after his latest win. “A very tough opponent from the first round [in Brooksby]. And then De Minuar, we always play difficult matches with each other. Everyone knows he’s fast, and I’m fast, so everyone thinks ‘who’s faster?’ It was a fight yesterday.”

Fighting back from 1-4 in Thursday’s second set, the world’s number 96 advanced to take his first win against Khachanov in three ATP Head2Head meetings and advance to his second tour-level quarterfinal of the 2022 season (Acapulco ).

“I never beat him, Khachanov, from when we were junior,” Nishioka said. “I lost to him at the Olympics last year. Today I really wanted to beat him. It was a very, very close match, but today I found out how to beat him.

“Today was an insanely hot day. We were both a little tired. I like long rallies; he doesn’t like them. He wants to hit big forehands, but I kept trying to make him run to balls and move him… It was, I think, a mentality battle.”

Currently, Japan’s No. 2 behind Taro Daniel, Nishioka, has moved up ahead of his compatriot this week to No. 79 in the Pepperstone ATP Live Rankings. He reached the Top 50 in 2020 and was able to return there by winning the DC title this week.

He then faces Daniel Evans, who saved a match point before moving past third seed Taylor Fritz via retirement, 3-6, 7-6(6), 4-1. Fritz, who played in his first event since his Wimbledon quarterfinal loss to Rafael Nadal, began to struggle physically in the second set but found a brilliant backhand winner to bring the match point to 6/5 in the second set tiebreaker .

But Evans was rock solid in winning the next three points to even the match, and kept the fading Fritz working in the third set before finally retiring.

Mikael Ymer also beat the rain to reach the quarterfinals with a 6-3, 6-7(3), 6-4 victory against Emil Ruusuvuori. The Swede defeated both former world No. 1 Andy Murray and Aslan Karatsev in three sets in his previous matches this week, and Ymer once again proved his resilience by taking his first win in three tries against Ruusuvuori, who played second-seeded Hubert Hurkacz on Wednesday. stunned. The 23-year-old then takes on Grigor Dimitrov or Sebastian Korda, with the Bulgarian winning a set in that matchup.

Nick Kyrgios took a 7-6(1) opening set against fourth-seeded Reilly Opelka before the rain, while Botic van de Zandschulp and Frances Tiafoe tied in one set.

Daniil Medvedev’s Breakthrough in Cincinnati: From 4.30am Arrival to Champion | TBEN | Tennis

It would be nice to be able to play more test...