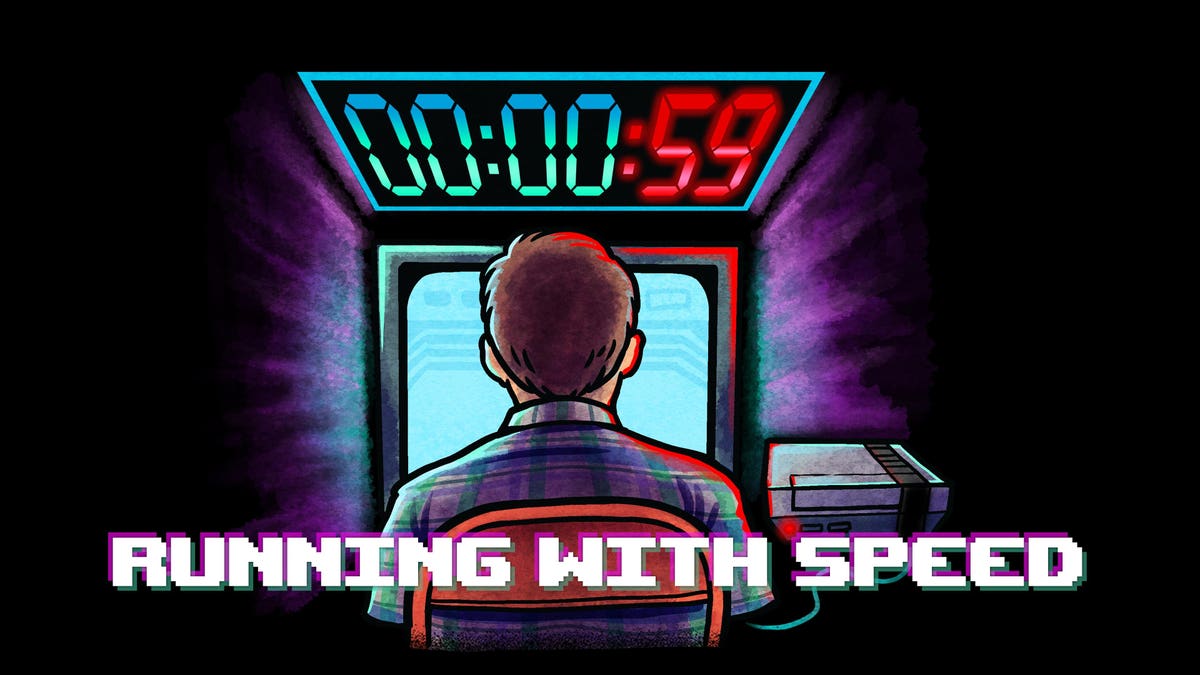 As a video game speedrunning historian, Summoning Salt has amassed over 1.5 million subscribers on YouTube, not just documenting the speedrunning world records, but by turning the characters, competition and strategic innovations behind the world records into brilliantly engaging stories.

Each video in his World Record Progression series details how speedrunners set world record times to complete video games as quickly as possible, and his dedication to storytelling has earned him an audience of millions far beyond the speedrunners themselves.

As Summoning Salt explained to me in a recent interview, the broad appeal of speedrunning is part wonder and part nostalgia for the games: “Even if you’re not interested in speedrunning, you can appreciate a good story about a world record fight or how people have dropped a record… And also just the idea of ​​a game you know and have played on a casual level being obliterated and destroyed by a bunch of glitches or just a really clean, glitch-free playthrough. It can be appealing to see a game you love played at a level you can’t even imagine.”

While Summoning Salt won’t reveal his name or face for privacy reasons, for so many people his voice has become synonymous with speedrunning — an accolade he humbly accepts: “It’s not something I expected. I don’t really like listening to the sound of my own voice, but with time you get used to it. It’s great that people associate me so strongly [speedrunning]. It’s not something I ever looked for, but I think when you’ve been doing it for six years and have a pretty big following, it’s natural that that would happen.

His familiar voice made him the logical choice to tell Running with Speed: The World’s Fastest Gamers, a brand new feature film documentary about speed running from directors Patrick Lope and Nicholas Mross.

The documentary (available to purchase from the official website) is a brilliant introduction to the origins and evolution of speedrunning, but also features plenty of intimate behind-the-scenes footage with community figures revealing just how much it means to people, and how massively speedrunning has become an emerging form of entertainment.

Redbull sponsored Mario runner GrandPooBear is seen shortly after his Speedrun Sessions tour, where fans piled into barcades across the country to witness his elite skills, and Super Mario Bros. 3 record holder MitchFlowerPower talks about his feature film The Late Show with Stephen Colbert. Much of the documentary also focuses on how the Games Done Quick (GDQ) marathon speedrunning event grew from a basement couch into a biennial gaming juggernaut that has raised more than $41 million for charity.

Today, the event attracts hundreds of thousands of viewers, but it has been a cornerstone of the community since its humble beginnings thirteen years ago. “It’s huge,” Summoning Salt said, “When it first started, people would subject all these different games to it, even though there were very few people who used to attend it…But if you were a speedrunner, you watched GDQ every year, it got you excited, that’s how it was Even today it’s still huge – even though the speedrunning community has grown about 15 to 20 times in size, GDQ is still the largest live speedrunning event, it has kept a lot of its audience over the years and people still get really excited about it.”

Summoning Salt was first featured in the documentary as the world record holder for Mike Tyson’s Punchout!! but the directors soon approached him again to join the project as a narrator and consultant: “They sent me some scripts, and I would go over it and make some suggestions on what I needed to change…they wanted to get some fact-checking of me and thoughts on each segment, and then I would record the narration and send it back”

In the future, Summoning Salt is interested in contributing to projects such as Run with speed That “have a significant place in the community” but intends to stick to world record progression videos on his own channel. He recently published The History of Lego Star Wars World Records, a 91-minute chronicle of how passionate runners simultaneously teamed up and competed to break the world record.

The video itself is immensely interesting, but I found myself equally captivated by the behind-the-scenes video shared on Summoning Salt’s second channel where he shares the painstaking process behind the research for the video alongside the Lego Star Wars members of the congregation who helped him. This close-knit group of runners sourced videos of runners and helped explain the game’s complex tricks and techniques.

Few of his videos have been made without this close collaboration with each game’s community, but each group of runners Summoning Salt has worked with is slightly different:

“A lot of these communities are really really close and they’re all really good friends, despite being competitors of sorts — they’re all trying to get the record. I just made a video Lego Star Wars and those guys were all in a Discord conversation when the video stopped because they were all excited and they all wanted to see themselves and also their friends in the community in the video. So some are so tight on the top, and others [like Super Mario 64’s community] are a bit more decentralized, where people kind of do their own thing. There are still friendships in the community, but it’s not necessarily something where all the top ten runners know each other very well, as is sometimes the case in a smaller community…’

While many of speedrunning’s most popular games are driven by gamers’ nostalgia for the 1980s or 1990s, a new generation of speedrunners are nostalgic for an entirely different era of games, including Lego Star Wars. However, Summoning Salt thinks the classics are here to stay: “I don’t think people are going to stop running Super Mario Brothers or Ocarina of Time any time soon, or games like that. There will always be. I think these games that were popular a little more recently, like 10-15 years ago, as you said, as time goes on and nostalgia builds, people want to play them more. And then those are the games that people are going to spend a lot of time optimizing because they weren’t that optimized before.”

The popularity of other speedrunning games is driven by influencers, such as YouTuber MoistCr1TiKaL’s recent challenge to a (terrible) game called Amok Runner: the player who had the world record time at the end of a two-week period would win $10,000. While some communities would shy away from the idea of ​​a mega-popular YouTuber creating a sudden influx of newcomers, Summoning Salt thinks it’s good for speedrunning in general:

“I think it’s great for fast running. Any time you’re going to create hype around an event where a lot of people can try it and contribute, I think that’s a really good thing. I guess I feel a little bad for moderators on speedrun.com who have a ton of runs, but a lot of times I think those situations are worked out in advance where they know something is going to happen, so they have a lot of moderators ready. As a whole, I think it’s a really good thing and I hope there are more events like this happening.”

As recognizable as Summoning Salt’s voice and painstakingly researched scripts is the music used in his videos. We are finally landing from the 1990s synthwave band Home welcomes viewers to almost all of his videos, and he hand-selects tracks to accompany key moments in his lengthy content:

“I think music is something I spend a lot of time on that people don’t always think I would. People just say ‘oh cool there’s some good music in the video’ but to get it out there takes a lot of time and effort finding artists, contacting them, getting their permission and then very carefully selecting which ones number matches. the mood or feel of a particular scene in a video… Music sets the tone of what you want the audience to feel. When you know a serious moment is coming, you can tell your audience without saying words… Often music speaks louder than words when conveying an emotion you want from a scene. And I think it would be good for YouTube if people focused more on putting the right music into their videos to make it feel the way they want it to.”

Summoning Salt credits Jon Bois as a huge influence on his own YouTube channel, both for his masterful use of music and for the way he transforms sports videos into highly compelling stories for a more general audience:

“With Jon Bois and I, we both make videos about stories, and his stories happen to be about sports, and mine about running fast. But they’re both very similar in the kind of videos they are… He’s the same way I think he selects very carefully what music he wants to use in each scene, and uses it to make some of the to make story. , so he had a big influence. I started watching him around the same time I started making YouTube videos myself. So yeah, he probably has the biggest influence on me.”

Evoking Salt’s dedication to research, production quality, and most importantly, storytelling has made him one of the most watched gaming channels on YouTube. A storyteller who knows the joys and heartbreaks that come with speedrunning, he epitomizes the role of a dedicated historian in the communities he works with. Although he wouldn’t tell me which game he’s investigating next (I did questions), are 1.5 million subscribers fascinated and I will definitely tune in.