Zac Efron Is Criticized By PETA After Filming An Ad Showing A Bear That Spent Its Life In Captivity: ‘It’s Hypocritical’

By Jacqueline Lindenberg For TBEN.Com

Zac Efron got a reaction from PETA after he starred in a few ads with Kodiak Cakes, along with a captive bear.

The brand is known for having a bear on the front of its products, and the short ads feature a real bear with the 34-year-old High School Music alum.

Profits made by the actor from promoting the company’s Keep It Wild merchandise will go to the Vital Ground Foundation to help bears and other wildlife, TMZ reported. However, PETA calls the move “hypocritical.”

Response: Zac Efron, 34, has received a response from PETA for filming ad featuring a captive bear

ALSO READ  Meet Finnian, the itinerant service dog whose antics have turned him into a social media hit

According to TMZ, PETA released a statement after airing the ads condemning the use of Tank, the 27-year-old captive bear.

The bear was reportedly taken from the breeder when he was just six weeks old, even appearing in the series, Man Vs. Bear.

“It’s hypocritical to exploit one animal to potentially help another,” the statement said. “No real conservation organization would force captive animals to perform tricks in front of the camera to raise awareness about their wild counterparts.”

One of the short ads showed Zac making Kodiak pancakes while talking to the bear in the wilderness. Tank humorously responds to the actor and at the end a jumbo plate of pancakes is given to the bear. 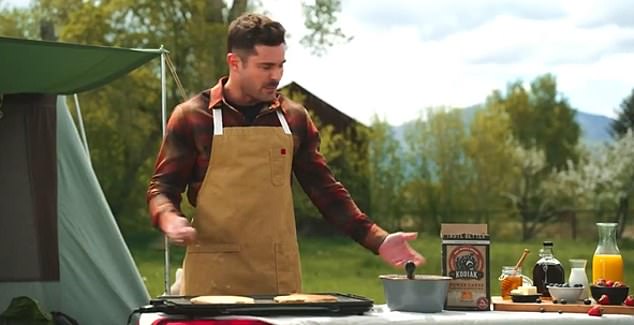 Advertisement: The ad was intended to promote and showcase Kodiak cakes, with the actor partnering with the brand to raise money for a wildlife charity

Zac shared the video ad on his Instagram page, typing in the caption, “Excited to announce that I have joined @kodiakcaskes’ board of directors as Chief Brand Officer.”

‘I love this brand, their products and most importantly their mission. I believe that together we can make a huge impact,” the Baywatch star added.

In another recent post uploaded to his main page, the talented actor was spotted with Kodiak Cakes’ Keep It Wild merchandise. He explained that all profits and proceeds made “go towards preserving the habitats of the grizzly bears and wildlife.” 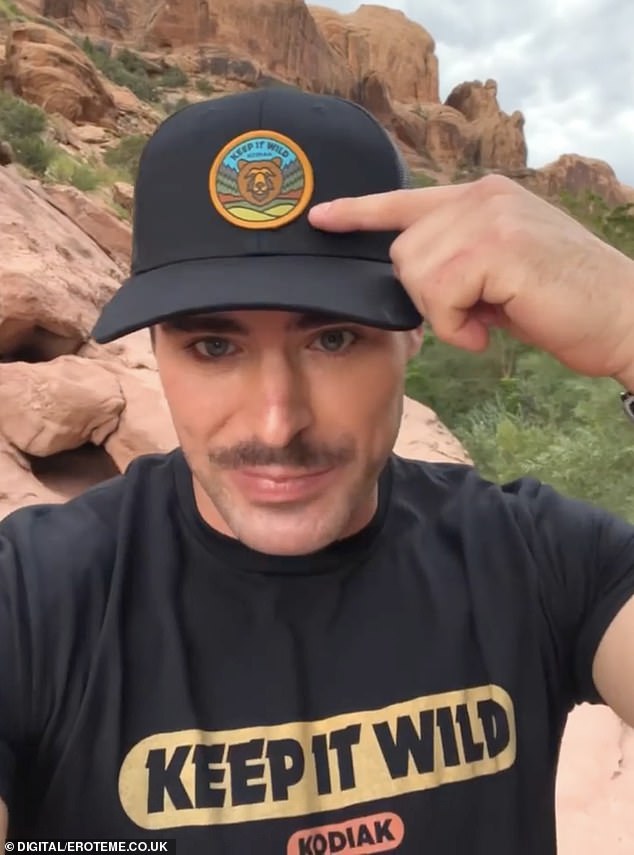 Collaboration: Profit from Kodiak Cakes Keep It Wild merchandise will go toward helping bears and wildlife habitats, which PETA called a “hypocritical” move 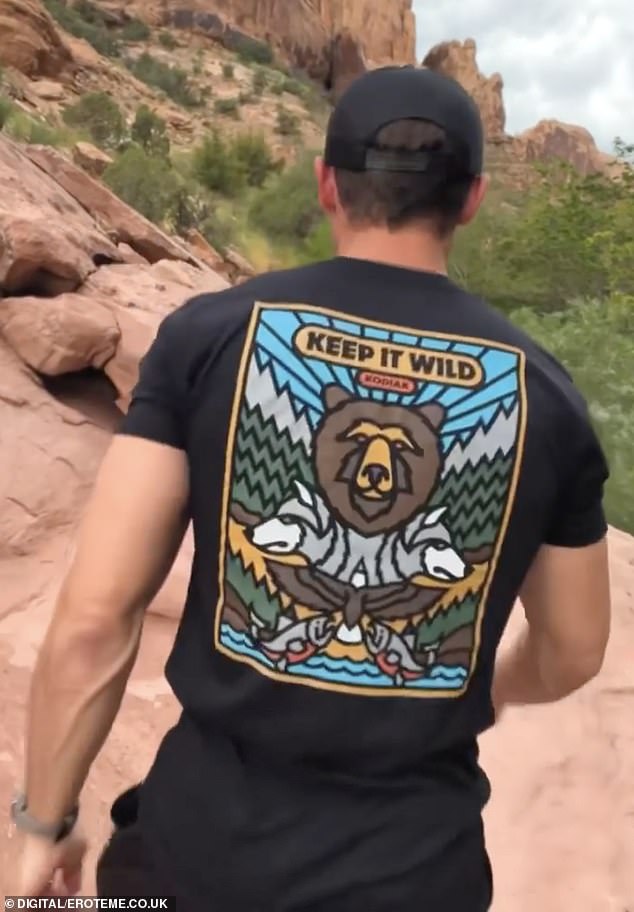 Collaborate: Earlier in June, Zac announced he was partnering with the brand as Chief Brand Officer

Debbie Metzler, PETA Foundation’s director of Captive Animal Welfare, didn’t have such a high opinion of the partnership, TMZ reports.

‘How wrong is it to use a bear in captivity to promote ‘keeping bears wild’? she asked.

The nonprofit has not only called on Zac to question whether he should continue to partner with the brand, but also Kodiak Cakes to use a CGI bear instead of a captive animal, or even remove the ads entirely. .

The Greatest Showman actor has not spoken out against PETA after the explosion of the nonprofit, nor has Kodiak Cakes. 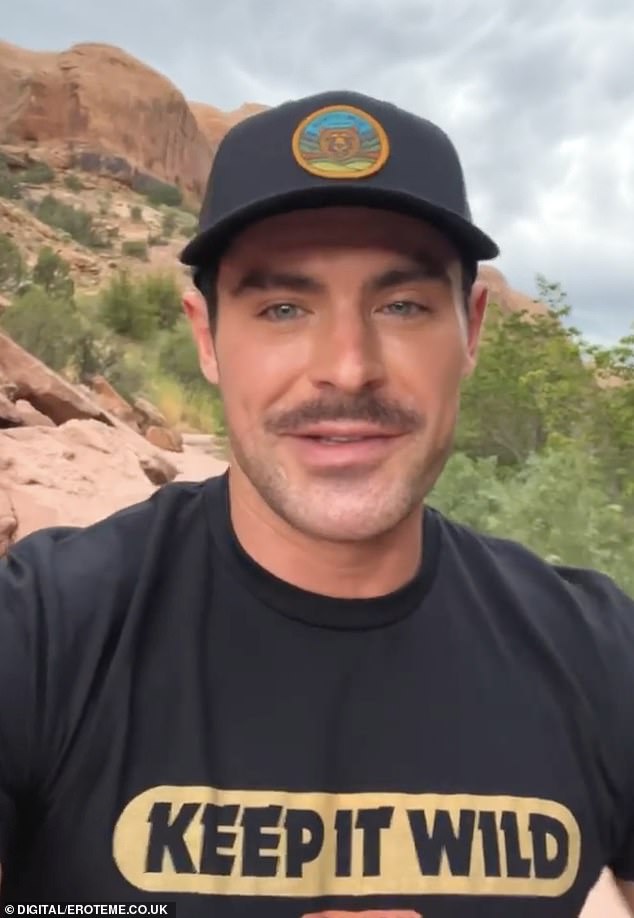 Made an end: PETA asked to remove the ads or replace Tank the bear with a CGI bear 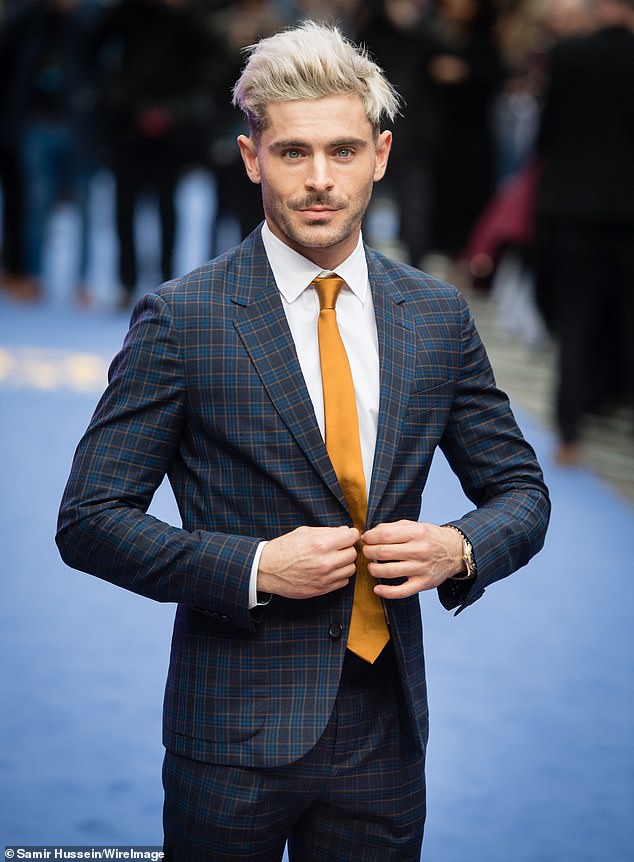 No Public Statement: After PETA’s Statement, High School Musical Alumnus Has Yet Speak Up 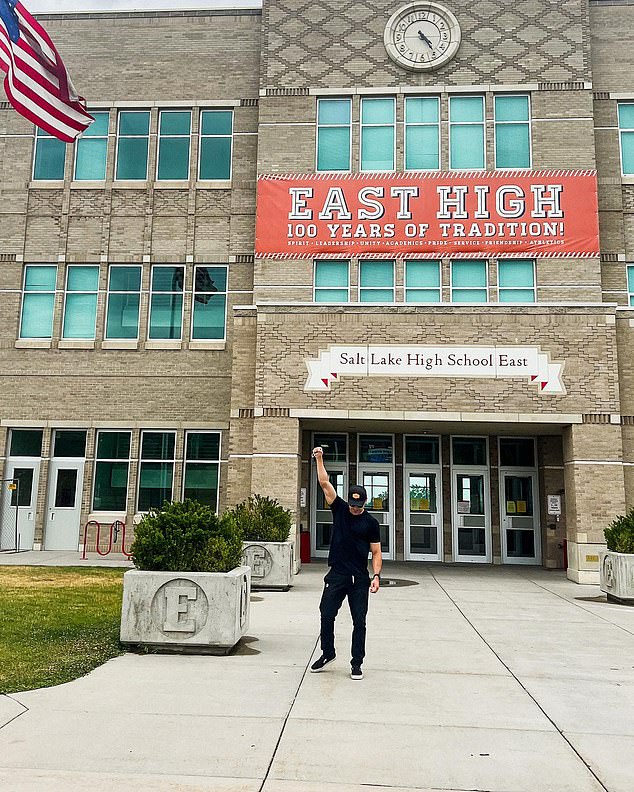 Throwback: Zac recently shared a post on his Instagram page going back to the roots of Disney’s High School Musical