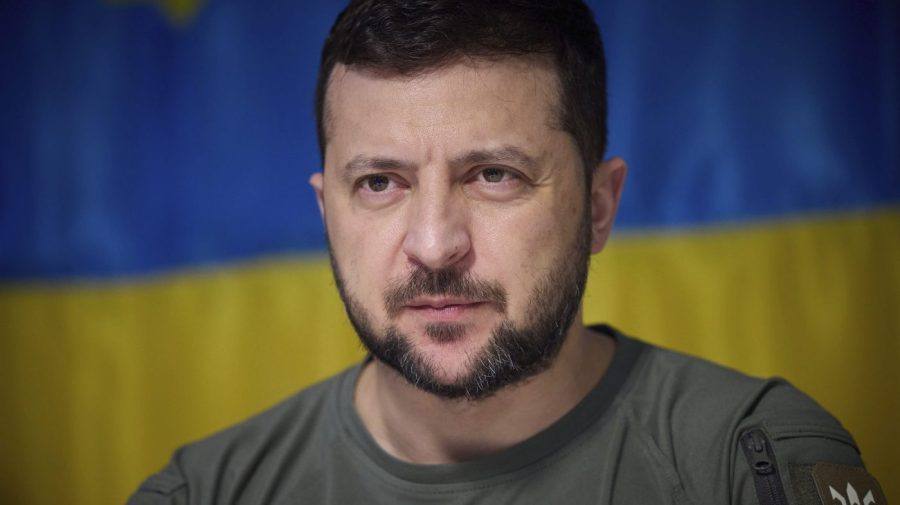 Ukrainian President Voldymyr Zelensky said at an emergency meeting of the United Nations Security Council on Wednesday that he should not be “held hostage” by Russia, and pleaded with his members to intervene to stop Moscow’s massive attacks against its people.

Zelensky said the recent spate of missile strikes against the civilian population and energy infrastructure is a “clear crime against humanity” and urged the Security Council to sideline Russia – which can veto any action by the council – to stop the Kremlin attack.

“We must restore justice within the UN structure,” Zelensky said. “This is a dead end when the instigator of this war, the party responsible for this terror, blocks any attempt on behalf of the Security Council to carry out its mandate.”

Russia continued to bomb civilian homes and critical energy infrastructure on Wednesday, part of a series of attacks that has led to widespread blackouts leading up to the winter.

Russian President Vladimir Putin first launched the mass strikes in October after an explosion on a bridge connecting Russia to the Crimean peninsula. But Moscow’s troops continue to suffer losses on the battlefield, most recently their withdrawal from the southern city of Kherson.

US Ambassador to the UN Linda Thomas-Greenfield said Putin is “determined to reduce Ukraine’s energy facilities to rubble”.

“Putin’s motive could not be clearer and more cold-blooded,” she said at Wednesday’s emergency meeting. “He is clearly, clearly weaponizing winter to inflict immense suffering on the Ukrainian people. He has decided that if he cannot conquer Ukraine by force, he will try to freeze the country into submission.”

Thomas-Greenfield called for an “accountability mechanism” to hold Russia accountable for the terror it inflicted on the people of Ukraine and also asked other UN member states to fund Ukraine as it repairs infrastructure.

The 15-member UN Security Council cannot pass measures or resolutions that have been blocked by any of its five permanent members: China, France, Russia, the UK and the US.

Russia has used its veto power in the Security Council to block resolutions, including one condemning Putin’s annexation of four territories in Ukraine and another condemning the February 24 invasion.

Zelensky has previously called for Russia to be removed from the council.

Vasily Nebenzya, Russia’s ambassador to the UN, said at Wednesday’s meeting that the massive attacks are being carried out to hinder Ukrainian military activities, alleging that Ukrainian troops were guilty of war crimes.

Nebenzya also accused Western countries of supplying a “reckless stream” of guns and weapons to Ukraine to fuel a proxy war, saying their ultimate goal was to weaken Russia.

“We are carrying out attacks on infrastructure in response to the rampant flow of arms into Ukraine and Kiev’s reckless calls for [damage] Russia,” he said.

“Weakening the military capacity of the Ukrainian army … will be carried out by military means until [Ukraine] takes a realistic stand.”