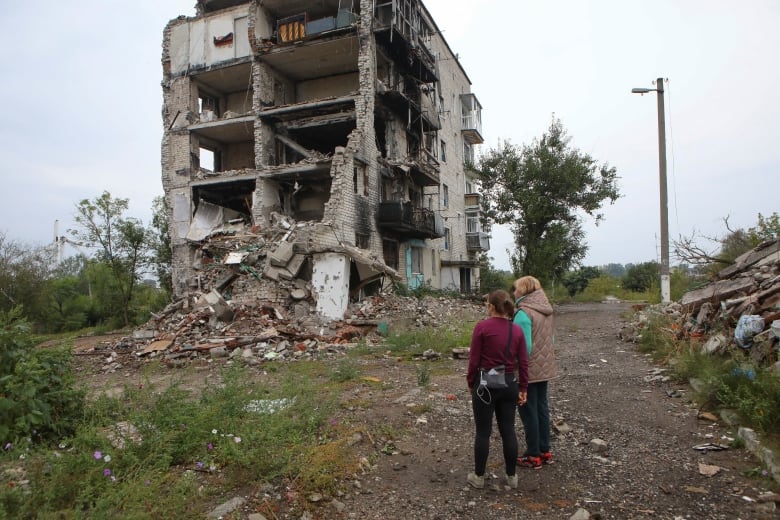 “A mass grave of people has been found in Izium in the Kharkiv region. The necessary procedures have already started there. More information – clear, verifiable information – should be available tomorrow,” Zelenskyy said in his overnight televised speech.

The Bharat Express News journalists spotted the site Thursday in a forest outside Izium. A mass grave bore a marking that said it contained the bodies of 17 Ukrainian soldiers. It was surrounded by hundreds of individual graves with only crosses to mark them.

“Bucha, Mariupol, now unfortunately Izium. Russia is leaving death everywhere. And it must be held responsible for it. The world must really make Russia responsible for this war,” he said.

Russian forces left Izium and other parts of the Kharkiv region last week amid a stunning Ukrainian counter-offensive. Zelenskyy made a rare trip outside Ukraine’s capital on Wednesday to watch the hoisting of the national flag at Izium City Hall.

Sergei Bolvinov, a senior investigator for the Ukrainian police in the eastern region of Kharkov, told British TV channel Sky News that a pit containing more than 440 bodies was discovered near Izium after troops invaded Kiev. He described the tomb as “one of the greatest burial” locations in a liberated city.”

“We know that some [of the people buried in the pit] were shot, some died from artillery fire, from so-called mine explosion trauma. Some died from air raids. We also have information that many bodies have not yet been identified,” Bolvinov said.

Ukraine’s deputy interior minister Yevhen Enin said on Thursday evening evidence had been found that occupying Russian forces had set up multiple “torture chambers” where both Ukrainian civilians and foreigners were held “in completely inhumane conditions” in towns and villages destroyed during the sweeping advance from Kiev were recaptured. to the Kharkiv region.

“We have already encountered the exhumation of individual bodies, not only with traces of a violent death, but also of torture – ears cut off, etc. This is just the beginning,” Enin said in an interview with Radio NV of Ukraine. His description matched at least half a dozen reports made by representatives of Kharkiv regional police since last weekend.

He claimed that among those detained at one of the sites were students from an unnamed Asian country who were captured at a Russian checkpoint as they tried to leave for Ukraine-controlled territory.

Enin did not specify where the students were being held, though he cited the small towns of Balakliya and Volchansk as two locations where the alleged torture chambers were found. His account could not be independently verified immediately.

“All these traces of war crimes have now been carefully documented by us. And we know from Bucha’s experience that the worst crimes can only come to light over time,” Enin said, referring to a suburb of Kiev where the bodies of hundreds of civilians were discovered after the withdrawal of the Russian army from the area in March.

Earlier Thursday, Zelenskyy said that during the five months that the Russians occupied the region, they “only destroyed, only robbed, only took away. They left devastated villages; in some of them there is not a single undamaged house. The occupiers turned schools into rubbish dumps and churches – shattered, literally turned into toilets.”