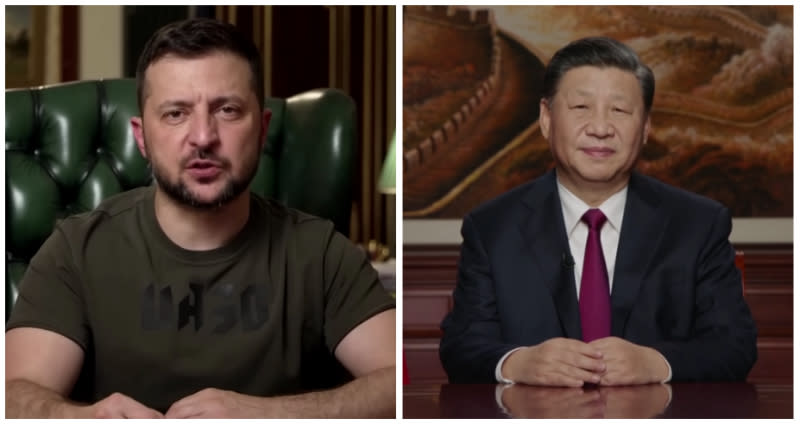 Ukrainian President Volodymyr Zelenskyy, 44, has continued to seek an opportunity to speak “directly” with Chinese President Xi Jinping, arguing that China has the political and economic clout [in] a certain place.”

In an exclusive 40 minute interview with South China Morning Post, the Ukraine The leader urged the world’s second largest economy to use its influence in Russia and in the United Nations Security Council to end the current conflict.

“[China is] a very powerful state. It’s a powerful economy… So [it] Russia can influence politics. And China is [also a] permanent member of the UN Security Council,” Zelenskyy said.

He urged the communist country to “show” countries what they must comply with international standards.

“I would like to speak directly. I had a conversation with [President] Xi Jinping, that was a year ago,” he continued. “Since the beginning of the large-scale aggression on February 24, we have officially requested a meeting, but we… [haven’t had] any conversation with China, even though I think it would be helpful.”

At least 5,327 people have been killed and 7,257 injured since Russia invaded on February 24, according to an August 1 record by the United Nations Human Rights Agency.

Zelenskyy added that he always wanted “the relationship between Ukraine and China to be strengthened and developed every year”.

While China has sought to maintain a “balanced” attitude to the war, Zelenskyy argued that the Russian invasion of Ukraine was unprovoked.

“The Russians are the invaders… this is a war on our territory, they came to invade. China, as a big and powerful country, could come down and put the Russian Federation down a little bit [in] a certain place,” he said. “Of course I would really like China to reconsider its attitude towards the Russian Federation.”

More from NextShark: Republicans are redrawing congressional districts in Texas to reduce the voting rights of growing Asian, Latino population

In addition to China, more than 30 countries have chosen to remain neutral, including India, Vietnam and South Africa.

China has pledged $2.37 million in humanitarian aid, including food, medicine, baby food and sleeping bags. In the meantime, US President Biden has sent $8.8 billion in security assistance since the start of his term in office.

Unlike the US and other Western countries that apply sanctions and a more aggressive approach to Russia, China has maintained that successful mediation must come from diplomacy rather than through force or threats of punishment.

Taiwan ambassador: Beijing ‘produces’ the crisis, China has been preparing an invasion force for a while