Limpho Hani, the wife of Chris Hani, the leader of the South African Communist Party who was shot nearly 30 years ago, denounced Chief Justice Raymond Zondo after ruling in the Constitutional Court to parole her husband’s killer.

In his ruling Monday afternoon, Zondo ordered the release of Janusz Walus on parole within 10 days.

Zondo said Justice and Correctional Services Secretary Ronald Lamola’s decision to deny Walus’ parole was irrational and should therefore be reviewed and set aside.

Zondo said it was now up to Lamola to set conditions on releasing him on parole.

He added that more than 15 years have passed since Walus was eligible for parole.

READ | Full verdict: why the court ruled for the parole of Janusz Walus

He said Walus had apologized to the family on several occasions.

The verdict has enraged the Hani family, with an angry Limpho storming out of court after the verdict.

“This court has not even addressed the victims. I don’t exist. He is lecturing us about a Polish man who came to SA to kill my husband. Do you understand how I feel?” asked Limpho. “Chief Justice [Raymond] Zondo has completely failed this country and I am not going to apologize. This country is done. In this country, a foreign white person can come into South Africa and kill my husband. He [Zondo] couldn’t give a damn. He didn’t care,” she said.

Limpho described the judgment as “diabolical”.

“I have never seen anything like this in my life. If my husband had not been killed, we would never have had an election. Mandela, after my husband was killed, said to [FW] de Klerk for us to stop this, give us an election date. That’s why Zondo and his friends are in this court today.” 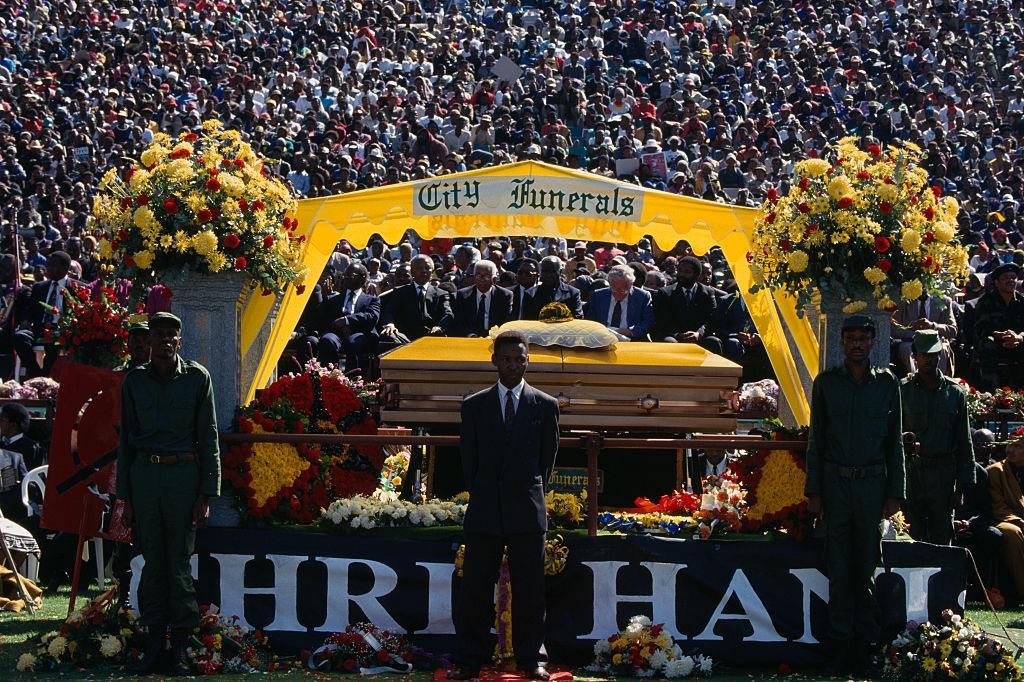 Mourners at Chris Hani’s funeral in Soweto in 1993.

The Polish immigrant is serving a life sentence at Kgosi Mampuru II Correctional Facility for the 1993 murder of the anti-apartheid activist.

Walus, who was eligible for parole nearly 17 years ago, after serving 13 years and four months of his life sentence, had applied for parole since 2011 — and was denied parole each time.

He was initially sentenced to death for the murder of the Hani, but his death sentence was commuted to life behind bars.

Zondo said in his judgment that Walus had kept a clean criminal record while serving more than 25 years of his life sentence, and had also complied with all requirements imposed on him by prison authorities.

ALSO READ  Supersub Libbok takes a chance on Springbok: 'He was excellent' | Sport

“In the circumstances, I believe it is just and fair for this court to order the minister to parole the applicant.”

In making its decision, Zondo said the court was aware of the fact that by killing Hani, Walus was trying to derail the achievement of democracy and nearly plunged the country into civil war.

“They drafted a Bill of Rights that granted fundamental rights to everyone, including those who had wholeheartedly supported apartheid.”